CONSTRUCTION OF THE NEW CONTAINER TERMINAL

In Walvis Bay we are proud to announce the birth of a new container terminal😊.I have been meaning for a long time to visit the new port expansion of Walvis Bay. Unless you have a commercial reason for it, it is not open to the public or to the tourists.

For the last 5 years, China Harbour Engineering company, under contract from Namport (the Port Authorities) have carried out a huge project over 40 hectares on reclaimed land. The new container terminal has a 600m main quay, four ship to shore cranes and onshore handling equipment. A 376m  passenger liner jetty and a small marina with slipway are also included in the development.

COST OF THE PROJECT

The project costs around N$4.2 billion (about 350 million euros). The African Development Bank gave a loan of N$2.9 billion. Namport and the Government of Namibia funded the rest.

This port expansion will at least double the current annual container handling capacity from 350,000 TEU to at least 750,000 TEU. This modern facility will also reduce the turn-around time of vessels. The new container terminal will be operational from the 24th August 2019.and the existing container area will now be used mostly for dry bulk and general cargo.

As for the dedicated cruise liner wharf, it will be operational from October 2019. There are already regular cruise liner visits to Walvis Bay such as MSC, Cunard, Silversea, but now they will be using the 376m dedicated jetty. Of interest, the cruise liner Ponant, from Compagnie des Iles du Ponant, will pay its first visit to Walvis Bay in May 2021. Passenger handling facilities will be established near the port South gate making it easy access to the town.

WALVIS BAY AS A LOGISTICS HUB FOR THE SADC REGION

Walvis Bay is a logistics hub in the SADC region as it shares borders with Angola, Botswana, South Africa and Zambia. With good road infrastructure, Walvis Bay links it further to Zimbabwe, Malawi and southern parts of the DRC.

On average, between 2,000 and 2,250 vessels visit the ports of Walvis Bay and Lüderitz every year, of which container vessels account for the largest number of visits.

Some 90% of Africa’s imports and exports are conducted by sea.

INAUGURATION OF THE PORT EXPANSION

Coming back to my story, the inauguration of the port expansion on the 2nd August 2019 was, at last, my opportunity to visit the Port of Walvis Bay. This was the official opening with all the dignitaries including the President of Namibia. The following day was open to the general public.

After many phone calls I eventually got an invitation to visit the port.

OK, it may not be the sort of things you’d like to do in your life, but somehow these little expeditions excite me😊.

On DDay I arrived at 08.30 at Walvis Bay South Gate. There was a queue of at least 50 cars. When my turn came, the security could not find me on the guest list. I tried to convince them that I could join the dignitaries but no, it was not possible. I got mixed up with the dates and came back home a bit sheepish and disappointed. Never mind, I thought, I’ll go tomorrow.

However, on that same day my friend Linda suggested that her partner Bryan, who has been involved as a supervising Engineer for the port expansion project, was happy to show me around the port.

I jumped at the opportunity and, the following day, had a private tour of the harbour.

PRIVATE TOUR OF THE HARBOUR

I don’t know why, but I just love the industrial engineering beauty. The new harbour is huge, very well designed, immaculate and I love the 4 big 64T ship to shore cranes, which have become the beacon of Walvis Bay. In good weather you can see them at more than 20km away.

For me, the highlight of the visit was to climb the stairs off one of the big cranes.

It felt like climbing the Eiffel Tower, the top was at about 50m high and we had a beautiful and an expansive view over the town and beyond.

The other thing that is really nice is that they have designed a small marina with a slipway and a long wide road alongside, which will be opened to the public in the future. It will become an extension to the promenade from the waterfront and lagoon area.

I hope that you’ve enjoyed this visit of Walvis Bay Port Expansion and have learnt something about Namibia.

Want to join the discussion?
Feel free to contribute! 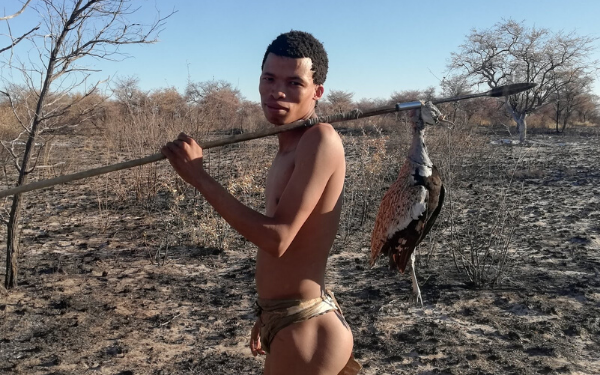 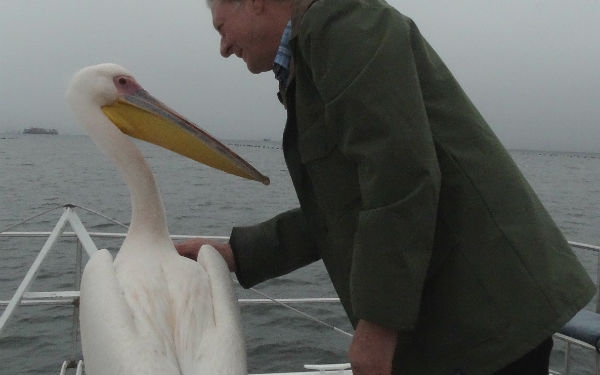 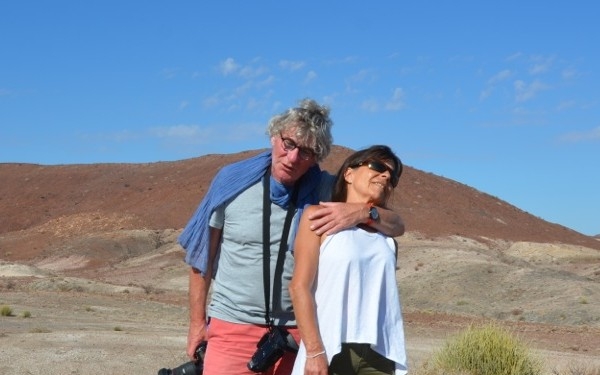 Scroll to top
Open chat
Do you have any questions?
Powered by
Hello, I am Murielle! Please, feel free to send us a message here. Thanks.